The Tiramisù Is Out of This World 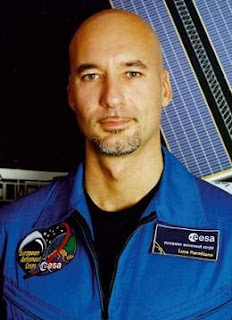 When Italian astronaut Luca Parmitano arrives at the International Space Station next week, he’ll be dining on familiar food. The new ISS menu includes lasagna, risotto with pesto and another with mushrooms, caponata (a mixed vegetable dish including eggplant, zucchini, onions, and tomatoes), eggplant Parmesan, and for dessert—tiramisù. While it isn’t the first time an Italian has gone to the space station, it’s the first time for authentic Italian food. Heretofore, meals consumed there originated with the United States space agency, NASA, or its Russian counterpart, Roskosmos.

Chef Davide Scabin, whose Combal.Zero in Castello di Rivoli, near Turin, ranks as one of the world’s 50 best restaurants and holds two Michelin stars, developed the menu. He spent a year and a half researching ways to devise tasty, flavorful dishes while adhering to NASA’s strict guidelines. 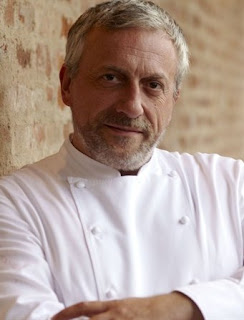 All food headed for the space station must be treated to remove bacterial contamination, dehydrated, and packed in individual aluminum pouches. Each meal must also have a 36-month shelf life and be prepared without salt. Against this rigorous backdrop, Chef Scabin discovered another challenge. “The olfactory system doesn’t function at 100 percent in space. The astronauts eat with the sensation of having a cold,” he said in a recent interview. He further explained that for flavors to be fully appreciated, both the senses of taste and smell must work together.

Chef Scabin experimented with ways to concentrate the flavor in the foods he prepared. He developed 15 different dishes—including Parmitano’s requested lasagna and risotto—before settling on the five that have already arrived on the ISS.

The scheme to send Italian food into space has given a boost to the Made in Italy program that promotes Italian products at home and abroad and has renewed interest in scientific studies.

The dishes were unveiled with much fanfare in February at an event for the Italian and European space agencies and government dignitaries. Chef Scabin himself placed a plate of lasagna in front of Parmitano.

Afterwards, Parmitano embarked on a tour of schools engaging students in discussions of the importance of studying science. Parmitano talked about the experiments that he will be doing on the space station, including work with emulsions that have applications in many fields, including paints. He  adds, “Being Italian there is one field that is important to me, again it is the culinary art: a lot of the things that we make when we cook are emulsions.”

The dishes in the new menu have also been sampled by members of an international astronaut training program. One element of the training includes sending a multi-national group of astronauts into a cave for a week to gain experience working in a confined space in a multicultural environment. Before going underground in Sardinia, the astronauts gave thumbs up to Chef Scabin’s food. The beginning of this video shows their reactions.

Everyone eating the Italian space food is getting a good value. The average price per person for a meal at Combal.Zero is 160 euros—about 200 dollars. Chef Scabin has dropped hints that there is a “special celebration meal” for the ISS crew. Since Parmitano turns 37 on September 27, I’m guessing that’ll include birthday cake.

Astronaut Luca Parmitano will be blogging, in English, from space. You can follow him here. I blog on alternate Thursdays at Novel Adventurers where next week I write about a 19th century woman who revolutionized the way travel guides are written. Please visit my website www.PatriciaWinton.com

The Cat in the Pan

He popped onto my TV screen soon after I moved into my first Roman apartment. The program, La Prova del Cuoco—The Cook’s Challenge—had been on the air for a couple of years at that point. A zany mix of professional chefs, amateur cooks, and even children, the program demonstrated the Italian obsession with food. The most serious notes came from Beppe 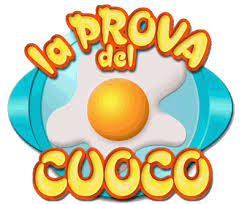 Begazzi, an expert on Italian cuisine, and especially, on the basic ingredients. His pedantic pronouncements about where to forage for the best porcini, how to cook bistecca fiorentina, when to eat sausage, or how to ensure the freshest salad greens provided a seriousness to the otherwise rapid pace of the show. His dark eyes and closely cropped white hair gave authority to what he said. Often clad in a plaid shirt with a bolo tie or a sweater, he fascinated me. I’ve learned a great deal from Beppe.

When I began creating characters for my mystery stories, I realized that my heroine needed a sidekick. A schoolmasterish figure like Beppe would do well. From this kernel of an idea, Nino Nardo emerged. He’s about 30 years younger than Beppe, who’s in his 70s. Unlike Beppe, his bald head shines above an impeccable business suit. Over time, Nino has become very real to me. He adopts his professorial voice when he wants to make sure the heroine understands something. He recognizes his weakness, and often gives her an apologetic smile when he’s gone too far. 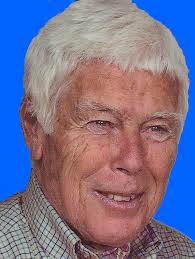 Beppe, too, can be over the top, but in my mind, Nino is such a separate entity that his image wasn’t tarnished when Beppe fell from grace a couple of years ago. At the time, Antonella Clerici, the show’s host who had been working with Beppe for several years, was on maternity leave. She knew how to slow him when he rode his hobby horse too fast. Her replacement, a former beauty queen named Elisa Isoardi, did not.

In the segment that got him fired, he talked about coniglio del tetto—roof rabbbit—a term used to describe cats. In earlier shows, he had talked about how people ate everything, including cats, during the hungry 1930s and 40s. On the broadcast in question, he gave a recipe. Poor Elisa stood mute, even sinking behind props, as Beppe described how to wash the cat in a flowing stream for three days before cooking.

As I look at the program in Youtube now, I think he was winding her up. The station’s manager had recently announced that Elisa would remain on the show, barring Antonella’s return after her maternity leave. I think Beppe was quite possibly trying to demonstrate what little control Elisa had. Animal rights groups denounced the program, talk shows debated the issue, and Beppe didn’t return. Antonella told journalists that she knew how to keep Beppe in check, but Elisa’s lips quivered as she spoke about her cat, Othello.

Things are back to normal in the world of television now. Antonella hosts the show again, and last year, Beppe returned as well. In my fictional world, Nino is headed for trouble, but not for eating cats.

I write on alternate Thursdays at Novel Adventurers. I hope you’ll drop by. And please visit my website at www.PatriciaWinton.com