The Earthquake in Your Kitchen

By Patricia Winton
The earthquake that struck northern Italy on Sunday took lives, injured many people, destroyed countless homes, and ravaged cultural treasures. The region, and all of Italy, will feel the effects for years.
But you may feel the effects as well. At least your dining table or your pocketbook may. 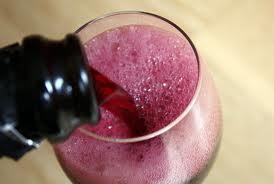 The devastated region, Emilia-Romagna, produces some of Italy’s finest cuisine and the basic ingredients that create it including cheese, wine, prosciutto, and balsamic vinegar.
The wine, called Lambrusco, is cultivated from a grape that dates to the Etruscans. While people in the US probably know the sweet variety better, Italians prize the dry one. According to news reports, the quake damaged several factories that produce the wine, but it’s unclear if the vines themselves were hurt. Ironically, the town of Viadana, within the quake area, celebrated a Lambrusco festival Saturday; it had been scheduled to continue Sunday.
Yesterday, I saw Lambrusco on sale at a local supermarket, obviously part of a long-planned promotion.  I suspect that the wine will be off the shelves at that low price today. And since Italian vendors don’t offer rain checks, I also suspect that it will reappear in a couple of weeks at a higher price.
Lambrusco is drunk young, so even if a warehouse of bottles was destroyed, it won’t take a long time to recover. For balsamic vinegar producers, on the other hand, it’s quite a different story. Only Modena and nearby Reggio Emilio produce true Balsamico and age the most revered for up to twelve years. A destroyed warehouse of that represents more than a decade of work. Thousands of liters of balsamic aging in the casks have been lost. The tallies are still underway to assess the extent of the damage.
You have probably seen the destroyed warehouses for aging Parmigiano Reggiano cheese. Early estimates suggest that the quake damaged or destroyed as many as 500,000 wheels, with estimates as high as a million euro in losses.
Food inspectors are currently trying to see how much can be salvaged. Some of the cheese near the end of the aging process can be saved. If the wheels have been merely broken but not contaminated, the cheese can be vacuum-packed and sold. Any cheese adulterated must be destroyed. The broken wheels of cheese that have just begun to age must also be destroyed.
Grana Padano, another cheese from the region, suffered damage as well. The production area spans a larger area, so the percentage of loss will probably be lighter. That, too, remains to be seen. 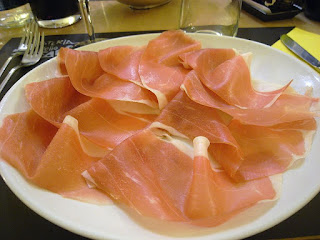 And finally, prosciutto—ham. Specifically, we’re talking about Parma ham, the best of the best. Farms raising the pork that will become Parma ham and several factories producing it have also been struck.
The agricultural consortiums and the unions have requested government financial help, including relief from taxes due in June, but those decisions await resolution.
So, if you’re eating Italian today, or later, think about these losses. We’ll all be affected for a long time to come.
Posted by Patricia Winton at Thursday, May 24, 2012 7 comments:

A Bimbo by Any Other Name

Today on Novel Adventurers, I write about children’s games in Italy, including one called Bimbo. In English that word carries a pejorative connotation—a sexy, female airhead—but in Italian, it’s a word wrapped with parental love.

Bimbo is the diminutive of bambino, a male child—from birth to around puberty. The feminine version is bambina, or bimba. It’s not unusual to hear a father call out, “Bimbe (plural), venite qua,” (girls, come here). The use of bimbo or its feminine or plural forms suggests affection, in the same way that my grandfather called me Patty while others said Patricia.
The Oxford English Dictionary (OED) records the first usage of bimbo in English in 1919; at that time it meant a man who wasn't very smart. And in the 1930s, cartoon character Betty Boop—who in today’s English could be called a bimbo—had a boyfriend named Bimbo, sorely lacking in intelligence.

The word bimbo, meaning woman, first appears in the 1929 version of the OED, citing an article in a scholarly journal; it didn’t have a negative meaning then. But two 1929 films moved the word bimbo towards it current English meaning. In the first, a silent film called Desert Nights, a sexy, wealthy female thief was called a bimbo. But the more celebrated, The Broadway Melody (the first “talkie” to win an Oscar), probably holds the honor as the chief vehicle for transporting the meaning to a sexy, dumb woman. In the film, an angry character calls a chorus girl a bimbo.
There’s a shop near my home called Bimbo Point. It makes me smile every day as I pass because the juxtaposition of the two languages could lead to confusion. Italians understand that the shop sells children’s clothing, but what do English speakers who don’t know Italian think? Another shop nearby, Io Bimbo (Me, Baby), also deals in children’s items.

A recent item in the Los Angeles Times seemed to be mixing languages. The headline read, “Ready for post-bimbo era in Italy.” Now, Italy has the lowest birthrate in Europe, but to begin an era with no babies is unthinkable! The article actually addressed moving beyond former Prime Minister Silvio Berlusconi’s days in power. It examined his sexual exploits and the way he uses scantily-clad young women on his television stations.

Berlusconi created the first privately owned television station in Italy. One of its earliest shows, still running, parodies the news of the day with young women wearing few clothes prancing on stage to hand sheets of paper with news items to the hosts. These bits of paper are called veline, named for the onionskin paper that Benito Mussolini's censors sent to editors throughout Italy with their acceptable slant on the news.
The young women themselves came to be called veline, and they now appear on a wide variety of television programs, even in the pre-dinner hour. They also grace television commercials for anything from exercise equipment to yoghurt. In many ways the veline in Italian are the bimbos in English.

The drawing of the velina comes from Dianne Hales at  Becoming Italian Word by Word
Posted by Patricia Winton at Wednesday, May 09, 2012 No comments: